Raise your cosmos in this fighting game with HD graphics 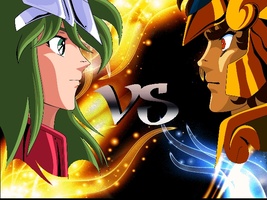 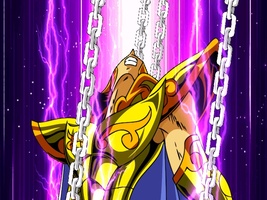 Advertisement
There are many Saint Seiya video games out there made ​​by fans, especially fighting games. The MUGEN engine for 1vs1 games has run many of them, but this game, Ultimate Cosmo, is the only one that offers HD graphics from the creators themselves, two French brothers who are fans of Masami Kurumada's work.

The game is under constant development, and of the many possible characters, nine are already available, among them bronze saints such as Pegasus Seiya or Phoenix Ikki and gold saints such as Leo Aioria or Gemini Saga, as well as characters from the Asgard saga.

Every character has its own special attacks, and in many cases, they come with spectacular animations taken from the anime itself that vary depending on the players involved. In fact, depending on which characters are fighting, they will have different introductions and dialogues.

Besides your standard arcade mode, it's also possible to fight against another player, play in practice mode, or view AI-controlled fights. Without a doubt, Saint Seiya Ultimate Cosmo is one of the most promising fan games you can currently find. And despite the fact that it's not yet finished, it still has a set of fighters and overall quality that you'd expect of a finished game.
Reviewed by Andrés López
Advertisement

The screen for selecting characters with keyboard or joystick does not work. It does not scroll, nor does it select. I already configured everything and it does not work; What r n can I do?

Hello. The keyboard doesn't work, or anything. I can't scroll on the player selection screen. Can anyone help?

One question, on the screen to select the player I cannot scroll or select them with the keyboard or joystick. What is there about this?

great game, a chimba I recommend

It may interest you